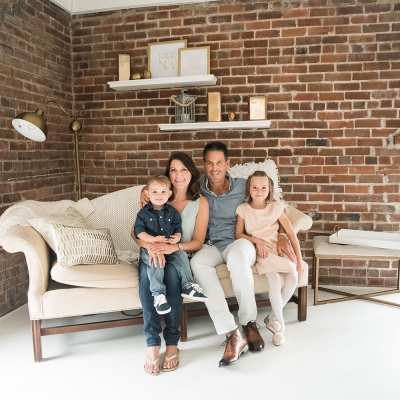 John D. Arwood is President of Arwood Site Services, a local waste disposal and demolition company in Jacksonville, FL and built a nationwide waste management, temporary fencing & barricades and portable sanitation provider. Getting his start at a young age collecting, reusing, and recycling glass bottles, scrap metals and wood while working alongside his father, John Arwood learned the foundations that have led to over 30 years of success in the waste disposal and sanitation industry. Arwood has always been a forward thinker, an innovator, an entrepreneur who cares about the environment and the people around him.

In 1978, Arwood was at work with his father, John C. Arwood, at a steel tank manufacturing factory when he realized that much of the scrap metal laying around as trash could be cleaned up and reused. With permission, he started collecting the small pieces in five gallon buckets to take home, clean, and sell back to be used again. Experiencing success through hard work to accomplish a unique vision sparked something in John Arwood that would drive him from that point forward.

He continued to expand his business into collecting used glass and plastic bottles to sell or barter for re-use and in 1984 landed his first large customer hauling construction waste for a major residential construction company in Jacksonville, Florida. What set him apart from others in his industry at the time was his extra concern for quality and service. When he was finished with a residential clean up job, he would rake the yard and do all he could to leave the site better than when he arrived. He purchased his first roll off garbage truck in 1988 and along with his father continued their business expansion through residential and commercial waste management services. Keeping with his strong belief in reusable waste, many of his advertising signs were made with repurposed wood and paint he had collected.

Arwood has built his life and business on the foundation of hard work, biblical principles, honesty, and humility. This is a foundation he attributes directly to his father, who is an American Indian, and to his family upbringing. As a result he is known as a dependable, plain spoken guy, whose innovative ideas have driven positive change within the industry.

Caring for his community has always been a priority for John D. Arwood. Through personally funded and inspired initiatives like Waste and Recycling Workers Week, Space Waste Solutions, and The Recycle Guide, he continues to seek opportunities to raise awareness and educate about the waste management industry, garbage workers, and environmental conservation. In 2014 alone, Waste and Recycling Workers Week received recognition and proclamations from hundreds of state governors, mayors, and city councils across the United States. For Arwood, his joy comes from seeing more and more garbage collectors celebrated and appreciated in their communities for the hard work they daily accomplish. Continuing to look forward at ways to solve future waste management needs, John D. Arwood has launched Space Waste Solutions to explore potential solutions to the growing problem of orbiting space trash around the Earth.

Admittedly, Arwood agrees that running a waste management company is one of the most challenging jobs in America. Managing their unique personnel, dealing with the many job hazards of handling trash everyday, and serving such a wide customer base regularly presents issues that would make a hilarious reality television show but he loves it. “I don’t care about making hundreds of millions of dollars because I would just give it away. What I care most about is doing what I can to make it better for everyone,” says Arwood. Commitment to family, caring for the community, and taking care of the environment have marked his life and continue to drive this visionary forward.